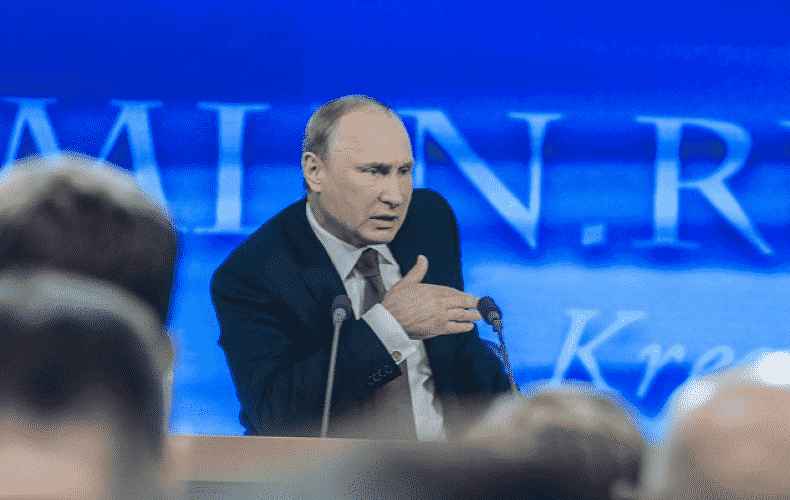 Russian President Vladimir Putin currently sees no preconditions for declaring martial law in Russia. Such a situation would require external aggression or fighting in specific regions, Putin said Saturday in Moscow, according to Russian agencies. "But we do not have such a situation, and I hope it will not come."

Putin also said he was not planning a state of emergency. He thus countered fears of many Russians. Many have already left the country because of this.

The Russian president also warned against enforcing a no-fly zone over Ukraine. "Any movement in this direction will be considered by us as participation of the respective country in an armed conflict," Putin said Saturday. NATO had already rejected a corresponding demand by Ukraine.

The allies agreed that NATO aircraft should not operate in Ukrainian airspace, the secretary general of the military alliance, Jens Stoltenberg, had said on Friday. President Selenskyj had earlier urged NATO states to prevent Russia from launching further airstrikes on his country.

According to a media report, the Russian Foreign Ministry also called on EU and NATO states to end their arms deliveries to Ukraine. It is particularly concerned that "Stinger" air defense missiles could end up in the hands of terrorists, the RIA news agency reports.

Once again, Putin reiterated his conditions for an end to Russia's war on Ukraine. "Our proposals are on the table with a group of negotiators from Kiev. We hope they will respond positively to them."

The most important demand, he said, is the demilitarization of Ukraine. "We need to know clearly what weapons are where and under what control." Various options are currently being discussed with the Ukrainian delegation.

According to Putin, the "destruction of military infrastructure" in Ukraine "as part of the operation is practically complete." He named, for example, weapons and ammunition depots.