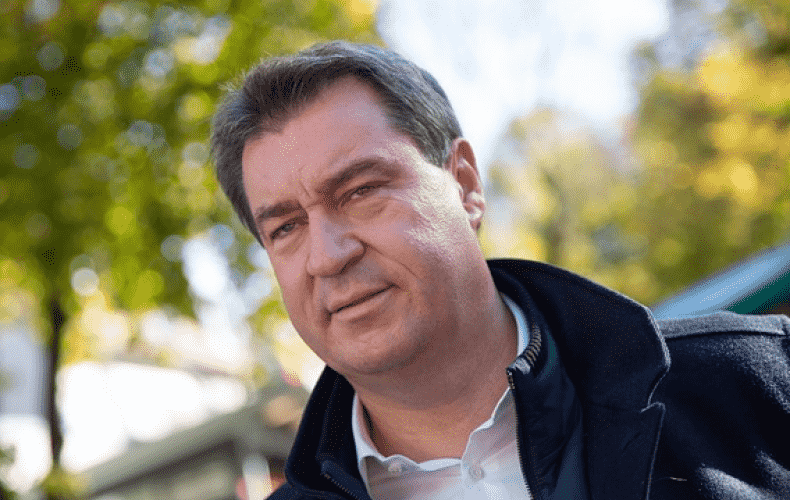 Following his selection as candidate for chancellor, Armin Laschet calls on the CDU/CSU to unite in the election campaign. "The CDU will not win the election without the CSU - and vice versa," the CDU chairman said in a press conference early this afternoon. He said it was important for the Union to "go into the election as a team." His opponent, CSU leader Markus Söder, had withdrawn his candidacy at midday and pledged his support to Laschet. The latter thanked him for the "good, fair handling of a very far-reaching decision," which had also been a very personal one.

"We didn't make it easy for ourselves," Laschet said of the heated arguments of the past nine days. Both parties had conducted a "very intensive, very transparent, very open debate" - and had probably never discussed things as openly in the CDU executive committee as they did the night before. Laschet said he wanted to continue this transparency. He announced that he would approach Söder's numerous supporters in the CDU: He would "seek direct dialogue."

Laschet stressed that Söder would play a "central role for the future of the Federal Republic of Germany." He would continue to "coordinate with him on a daily, bi-daily, weekly basis and whenever necessary." He said he always had the will to reach joint results with Söder. Söder and the CSU leadership had said on Monday that they would accept Laschet as a candidate if there was a clear vote for him by the CDU executive. "This is a great sign of confidence," Laschet said.

The way is now clear for Armin Laschet as the CDU/CSU's candidate for chancellor. His competitor, CSU leader Markus Söder, accepts the CDU's board vote for its leader. "Armin Laschet will be the CDU/CSU's candidate for chancellor," Söder said in Munich at noon on Tuesday. "We don't want a split, we want a united community." He said he had called Laschet, congratulated him and offered him "full support." And he did so "without rancor," Söder said again.

Söder again spoke of having made an "offer" with his willingness to run as the top candidate of the CSU and CDU in the federal election. Söder said that he had received "an incredible amount of support," especially from the CDU party base. He was "pleased and also moved" by this. Running for office would have been an expression of his responsibility for the country. But there was also a "responsibility for the Union," which is why he withdrew this willingness. However, the CSU would "support Laschet with all its might" in the election campaign.

This ends the officially nine-day, but in fact weeks, if not months, long struggle between Söder and Laschet. Both had declared their willingness to run for office on Sunday a week ago, after Söder had left this open for a long time. They then engaged in an almost unprecedented internal contest that exposed the deep divisions within the CDU/CSU. On Monday, Söder then put the decision in the hands of the CDU executive committee. The CDU is now deciding the candidacy "sovereignly," he said. "We as the CSU and also I respect every decision."

"Markus Söder was recognizably the candidate of the hearts," CSU Secretary-General Markus Blume said Tuesday. "But in democracy, and especially in inner-party democracy, something else decides, namely the majority in the end." Therefore, he said, his party respects the result.

Image by Josef A. Preiselbauer