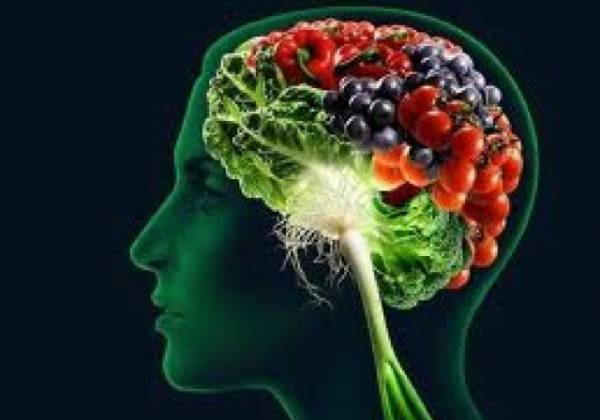 Tempted to order dessert after dinner even though you know you shouldn't? Well, you are certainly not an exception! Most of us at some point in our lives have been victims of irresistible fried foods and decadent desserts. But what if you could train your brain to drool over kale instead of cake and baked chips instead of French fries? Sounds incredible right? Not quite impossible, says Dr. Susan Roberts from Tufts University, who along with her team of researchers, has recently, shown that you can train your brain to actually prefer healthy foods!

How did the scientists conduct their study? Thirteen volunteers, all healthy adult overweight men and women were recruited for the experiments. They were then divided into two groups- the eight-member "intervention" group, who participated in a weight loss program designed by the Tufts researchers for six months. The remaining five members, referred to as the "control" group did not participate in the weight loss program during this time.

The main goal of the "intervention" group was to help the participants lose weight in a sustainable fashion - nearly 1 kilogram per week by consuming protein and fiber rich healthy foods, along with personal advice from professional nutritionists during the course of 6 months. The investigators coached the participants to improve healthy eating through portion- controlled menus and healthy recipe suggestions.

Although this weight loss program might sound quite familiar to many others from the past, what sets this study apart are its goals and functions. Dr. Roberts says, "We previously only had the progress reports of our dieters, so with this study we set out to do brain scanning to see if we could see the changes at the neurological level". This implied that the researchers went an extra mile and wanted to address the question at the level of brain activity, which had never been undertaken previously to find if one can really train one's brain to love eating healthy food.

How do the scientists answer this complicated question? The scientists imaged specific brain regions of both groups of volunteers before and after participating in the weight loss program, using fMRI technology. fMRI is a brain scan that detects changes in brain activity by measuring changes in the blood flow. What the scans revealed was astonishing! As Dr. Roberts reports, "We did MRI scans looking at the reward ("addiction") center of the brain and demonstrated very large changes in how the area responded". At the end of the weight loss program over the 6-month period, these regions showed increased sensitivity to low- calorie healthy foods as opposed to junk food! The changes in the brain activity meant, that the participant was enjoying his/her healthy food habits as opposed to craving for fatty or sugary foods. As Dr. Roberts claims, "The new results are the first demonstration that it is possible to train your brain not to crave unhealthy food and instead to love healthy food".
Even though this is a remarkable achievement in the field of obesity, Dr. Roberts cautions that their study was small owing to the size of the participants. In future, Dr. Roberts plans to raise funding for larger trials as the brain scan experiments are too expensive in nature.

Nevertheless for now, what is the take home message from this study for all of us? Perhaps, for the next 6-months, if we can challenge ourselves to refrain from chomping down French fries and instead savor kale chips, our brains could possibly behave and learn to relish healthy and reject addictive processed foods.