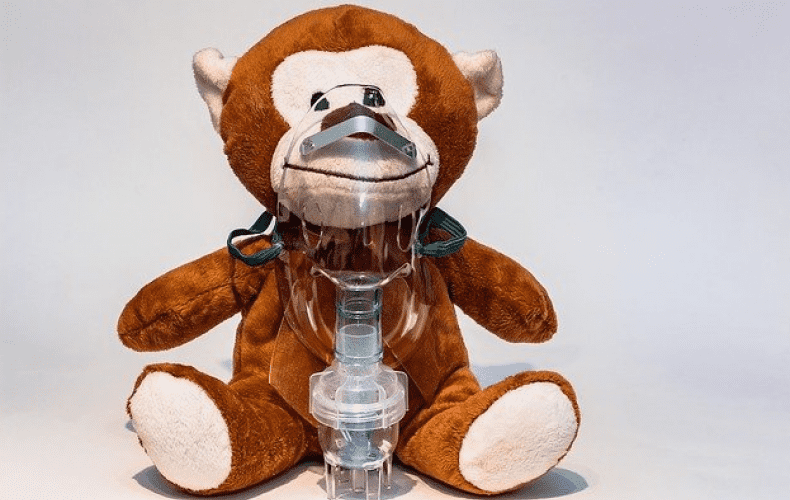 Asthma is a chronic disease of the airways that in its most severe form can result in the loss of lung function. In the US, according to the Centers for Disease Control, 26 million people, more than seven million of them children, suffer from asthma. As reported in the Lancet Respiratory Medicine, researchers at Duke University did a study to identify genetic risk factors for asthma in participants in the Dunedin Multidisciplinary Health and Developmental Study and then followed these children throughout their lives. They relied on a 2010 Genome Wide Association Study (GWAS) which found changes in the nucleotide sequence of DNA present in asthmatic and absent in non-asthmatic individuals called single nucleotide polymorphisms (SNPs) that may increase a person's risk of asthma. Daniel Belsky, Avshalom Caspi, Terrie Moffit and others used 15 of these genetic markers of asthma risk to calculate a "genetic risk score" that they used to analyze the DNA obtained from blood or cheek swabs of the 1037 Dunedin Study participants. The Duke researchers concluded that genetic analyses can predict whether children will go into remission (grow out of the disease) or develop impaired lung function.

The Dunedin Study has been going on for about 40 years. Enrollees were born between April, 1972 and March, 1973 in Dunedin, New Zealand. This ongoing study began at birth and includes results of medical tests of lung function and allergy, symptoms, and behaviors like days taken off from school or work due to asthma and asthma-based hospitalizations. Scientists found that boys and girls with higher genetic risk scores (more asthma SNPs) were more likely to develop asthma during the 38 years of the study than those with lower scores but also developed asthma earlier in life. A higher genetic risk study member was also more likely to develop persistent asthma, meaning that the disease was detected before the age of thirteen and produced symptoms up to age 38 (the most recent time point). In terms of lung function tests, high risk meant worse lung function than low risk. In terms of behaviors, high risk missed more school or work due to asthma than low risk members and were also more likely to be hospitalized for breathing problems.

In addition to being able to identify study members at risk of developing asthma, genetic risk scores were also related to the severity of the symptoms. Members with higher risk scores were more likely to develop incompletely reversible airway obstruction (a result of harmful changes to the airways due to chronic asthma). Because genetic risk score predictions are able to identify different types of asthma they are more on target than predictions made from family history alone.
Back to the Future SNP
Future studies may include as yet undiscovered SNPs, hundreds of thousands of "flavors" of SNPs instead of only fifteen, larger numbers of participants, and more racially diverse populations.