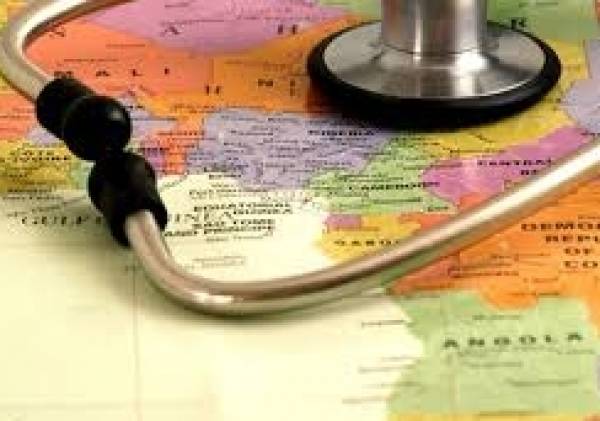 The Structural Adjustment Programmes (SAPs) have been fully implemented in most African countries since 1987. They aimed at, among other things: to increase the role of the market mechanism (the automatic and self-regulating market force of demand and supply) in allocating all resources including the very essential social services like health or education and the promotion of the private sector-driven economy, and to redefine the role of the state in provision of services such as defense and security, law and order, policy formulation, international relations and other public goods.

In the health sector, this implied greater roles of the private and the third sector (the NGOs and civil society/Voluntary sector). Much of the recent debate on service provision in Uganda and most other sub-Saharan Africa has focused on the need for privatization and cost-sharing. Unfortunately, this has paid little attention to three important components of service provision. One is that the provision of vital life-supporting services to the majority of the poor population depends on the collective action by the state, the private sector and the third (voluntary) sector. The second is that the links between the voluntary sector and the state are becoming more (not less) important for service provision. The third feature is the growing dependence on foreign aid mainly through international NGO's, civil society and religious organizations in ensuring equity and efficiency in the provision of essential services as well as enhancing employment and improved livelihoods. Let us take an example of Uganda (one of the developing countries in East Africa)where not only assistance a major reason for the growth of the voluntary sector, aid has also made it possible for the state to maintain - and recently increase its role in service provision in Uganda, these three features are important but they are largely ignored especially at the policy level.

Let us take the provision of healthcare services for example, the actual spending within the health sector is inconsistent with the government's stated emphasis on preventive and rural health services at the community level. Almost 90 percent of the health funds is spent on curative (Hospital) services, the National Referral Hospital in Mulago alone uses almost as much money (about 13% of the total budget) as preventive and rural community based healthcare services (about 15%).However recent modest increases in real recurrent expenditures percapita in the health sector have not only gone just to increase wages and administrative costs, but have also been spent on physical infrastructure like buildings rather than on better equipment and medical supplies/drugs, as the remainder is embezzled by corrupt officials.

As the third sector increasingly intervenes to offer a helping hand to redeem the health sector, let me share an interesting case by one international voluntary establishment-Humanity Direct-working with many Nongovernmental organizations and health establishments in Tanzania,Somalia to save the lives of many disadvantaged children from poor families. For instance, Healthcare Volunteers (Uganda) has been a partner with Humanity Direct and who have done a lot in reducing material and child mortality among the poor or disadvantaged communities enabling them to access free medical services and empowering them to participate and get involved in managing sustainable primary health care at the community level.Mr. Kasozi Dickson, the program Manager of Health Volunteers Uganda reveals that "too many children suffer or die from a lack of medical care simply because their families cannot afford the cost of treatment they need. We are changing that by enabling donors to directly fund life changing surgery/operations and lifesaving treatment for the most vulnerable children". The Health Care Volunteers are working in partnership with Humanity Direct tomobilize donors and Platinum Hospital which provide a team of medical professionals and specialists especially surgeons to bail out children from very poor families who cannot afford even the very basic medicine and so being able to afford a medical operation/surgery is out of the question and not within arm's reach. Many delay seeking medical care until the conditions worsen or get into debt they can never repay. Humanity Direct is a team of well-wishers led by three volunteers based in United Kingdom- Mr.Nick Swift, Mrs.Catrina Swift and Marc Shalam- but running multiple healthcare projects and charities in many developing countries in Africa, including Uganda, with a mission of providing an opportunity, a helping hand, for those who have little or nothing to live by providing free medical and surgical services.

According to Mr. Bukenya Ponny, the coordinator of this voluntary program in Uganda, many children from poor families are usually referred to them from Mulago Hospital and other health facilities because they do not have the financial muscle to pay for their medical bills especially when it requires surgery. He says "We have patients who need surgical operations from neurosurgery, ania, circumcision to skin grafts with an average cost of £200.Doctors put forward child patients on the Humanity Direct website if they fulfill two criteria namely- that the surgical operation will dramatically improve the patient's life and they cannot afford it themselves due to their vulnerable economic conditions. All costs and overheads through Humanity Direct are funded privately enabling 100% of the goal-directed donation to focus on funding the surgical operation of a vulnerable child, medical supplies, hospital stay and after care of the patient".

At first glance, the increasing role played by the voluntary sector in health care service provision may be considered private ventures but any observer of the living conditions in Uganda is well aware that people's needs and priorities in terms of social service like health medical care, housing, education or feeding. It is clear that NGO's are often much better and efficacious in mobilizing resources in cash and kind than state agencies. We only need a friendly legal and institutional framework to regulate, supervise and monitor them in order to match their promises with performance.

Dr. Majwala Meaud Major is an Agronomist and the President of Sustainable World Initiative, East Africa- A Research and Public Policy Think Tank on Agronomics, Climate Change and Sustainable Development.