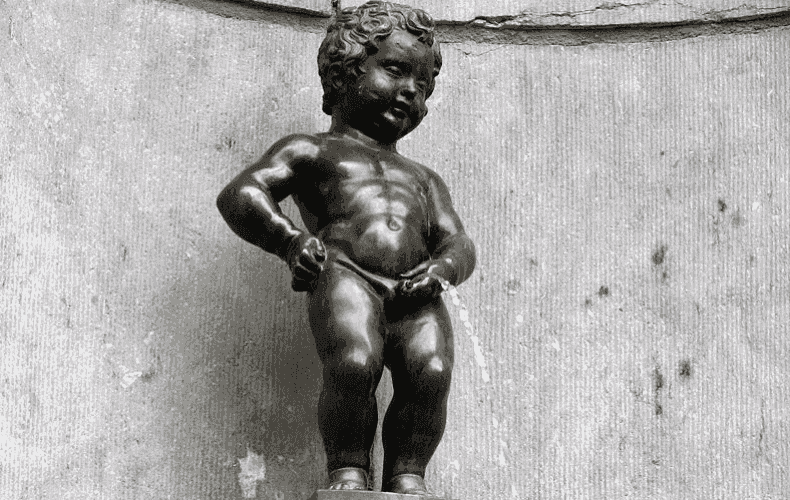 Paruresis - colloquially, "bashful bladder syndrome" - is a psychological condition that prevents people from urinating when they need to. The difficulty usually occurs in public bathrooms, when sufferers have a feeling that others may be observing them. The worst sufferers may even find themselves unable to urinate for long periods of time in their own homes if others are in the house or apartment.

The condition can be debilitating, preventing people from going out to socialize with friends, interfering with work commitments, and affecting sufferers' ability to travel.

Steven Soifer, a Professor of Social Work at the University of Memphis and the co-founder of the International Paruresis Association (www.paruresis.org), calls the condition the "secret social phobia", and this is in fact the title of an eBook about paruresis of which he is a co-author. Sufferers very often do not seek help for very long periods of time, not wishing for anyone to know that they have a condition that they think of as strange and embarrassing. According to Soifer, "next to the fear of public speaking, shy bladder syndrome is probably the second most common social phobia".

Given this secrecy, it may be surprising that it could be around 7% of people who suffer from the condition, which appears to be more common in men than in women. If you do not have the condition, you almost certainly know a number of people who do. The range in severity is vast. Some sufferers will almost always be able to urinate when necessary, even if it takes them some amount of time, and do not experience extreme inconvenience. But the condition can also be crippling. Soifer is aware of a woman who was not able to urinate for 72 hours while on a police academy retreat. It is rare, but not unknown, for a sufferer to have to go to a hospital emergency department to be catheterized after a very long period of being unable to urinate. Some sufferers have experienced the loss of an intimate relationship, having been so restricted in their ability ever to go out with their partners. Some become completely housebound.

In other cases, paruresis develops after an embarrassing or traumatic experience that took place in a bathroom, possibly during childhood. Commonly, another mental illness is comorbid - such as depression, generalized anxiety disorder, or obsessive-compulsive disorder.

There are no certain cures for paruresis, but some measures can be very effective in ameliorating the condition. The first thing someone should do if they suspect they may have the condition is to consult their doctor. It may be that there is actually some physical cause for the difficulty in urinating.

If a physical cause is ruled out, the problem is most likely paruresis. Many doctors are still not familiar with the condition, and it may actually be necessary for a patient to provide some information about it. The most common therapy is a form of graduated exposure therapy. This involves sessions in which a sufferer first urinates in settings which are comfortable, and then gradually tries to do so in environments which are more difficult. In preparation for a session, the sufferer would fill their bladder by consuming fluids, possibly including drinks containing diuretics such as caffeine. In order to retain the urge to urinate, it is advised to try only to initiate the process of urinating, and not empty the bladder entirely. This enables the sufferer to immediately repeat the process in a slightly more difficult setting.

But this problem is not insurmountable. The Nice Toilet Network is a scheme originating in Germany in which cities pay businesses such as restaurants or cafes a fee to make their bathrooms available to the public, not just to paying customers. The businesses are identifiable by stickers they place in their windows. The scheme now operates in over 200 cities, and may provide a way for sufferers of paruresis to undertake sessions of graduated exposure therapy, visiting a series of cafes within a small area.

There are now also a number of smartphone apps which allow users to find nearby public bathrooms. This would allow one to find an area in which there are a number of public bathrooms and, by visiting them in advance, at least to identify the ones with the lowest charges.

One approach to graduated exposure therapy which has been successful for many, involves asking a trusted friend or family member to stand a certain distance away while the sufferer tries to initiate a flow of urine. Initially, the trusted acquaintance may stand outside the bathroom; later inside at the basin; later in the cubicle or at the urinal next to the one the sufferer is using. The process usually involves many sessions.

Soifer has run weekend workshops in cities worldwide, where graduated exposure therapy is facilitated. These workshops also allow participants to discuss their condition openly with other sufferers. One such workshop is scheduled to take place in Karlsruhe in Germany from 31 August to 2 September.

If graduated exposure therapy is not successful, or not sufficiently successful, there are other options. A doctor may prescribe medication, especially if there is a comorbid condition. Some sufferers have success with a technique that involves holding their breath while trying to urinate. This has the effect of increasing carbon dioxide in the blood stream, which causes the muscles in the body, including those controlling the bladder, to relax. The breath-holding technique should only be attempted after consulting a doctor. Those worst afflicted may be taught how to self-catheterize by a urologist or a urological nurse, so that they have a fail-safe way to void their bladders if they find that they simply cannot do so naturally in a particular situation.

Aside from the extreme discomfort and psychological distress that can go with paruresis, sufferers can face a particular problem if they are required to provide a urine sample for a drug test, especially ii the sample must be provided under supervision. If passing a drug test is a prerequisite for employment and someone selected for a position is unable to provide a urine sample, they may find a job offer withdrawn. The International Paruresis Association is campaigning for reform in this area, urging that alternative forms of drug testing, such as saliva or hair testing, should always be made available for someone with paruresis.

Recovery from paruresis is very often slow and involves steps forward as well as backwards, but significant progress can be made in the vast majority of cases. The main thing, according to Soifer, is "practice, practice, practice. Many people have sufficiently recovered from this social anxiety disorder to now live normal lives."