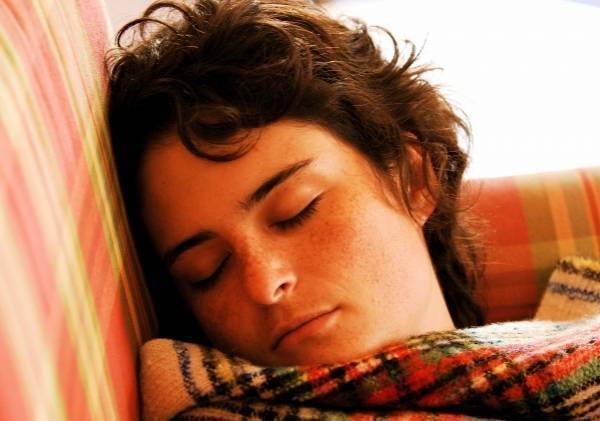 Improving your memory, learning that new tune you just heard or coming up with a new idea. These are just some of the things your brain can do while sleeping, according to new research reported below.

Scientists have found that sleep helps consolidate memories, "fixing" them in the brain so we can retrieve them later. A recent report shows that sleep reorganizes our memories, picking out the emotional details and reconfiguring the memories to produce new and creative ideas. According to Jessica D. Payne of the University of Notre Dame, "Sleep makes memories stronger. The brain also seems to be reorganizing and restructuring memories as we sleep. We can get away with less sleep, but it has a profound effect on our cognitive abilities."

Scientists have found that sleep helps consolidate memories, "fixing" them in the brain so we can retrieve them later. A recent report shows that sleep reorganizes our memories, picking out the emotional details and reconfiguring the memories to produce new and creative ideas. According to Jessica D. Payne of the University of Notre Dame, "Sleep makes memories stronger. The brain also seems to be reorganizing and restructuring memories as we sleep. We can get away with less sleep, but it has a profound effect on our cognitive abilities."

This work focused on what happens to memories during sleep, and found that a person hangs on to the most emotional part of a memory. For example, someone who is shown a scene with an emotion-laden object, such as a wrecked car in the foreground, is more likely to remember the car than the palm trees in the background--particularly if they're tested after a night of sleep. In this study brain activity was also measured during sleep and it was found that regions of the brain involved with emotion and memory consolidation were active, which suggest that although sleep is a behaviourally quiescent state, it is associated with intense neuronal activity and functional increases in brain regions necessary for emotion and memory processing.

If you want to make sure that you have learned that new tune by heart, research from Northwestern University, Illinois, USA, and published in Nature Neuroscience on June 26, recommends that you take a nap with the same melody playing. Previous research has shown that memories are reactivated during sleep and their storage can be strengthened in the process. Senior author Ken A. Paller, professor of psychology at Northwestern University, says, "Our results extend prior research by showing that external stimulation during sleep can influence learning of a complex skill."

In their study research participants learned how to play two artificially generated musical tunes. Then, while the participants took a 90-minute nap, the researchers played one of the tunes, but not the other, many times in succession. Using EEG (Electroencephalogram) methods to record the brain's electrical activity, the researchers ensured that the soft musical "cues" were presented during slow-wave sleep (SWS), a stage of sleep previously linked to cementing memories. Participants made fewer errors when pressing the keys to reproduce the melody played during their sleep, compared to the melody not played. The researchers are now trying to figure out exactly how their findings could apply to many other types of learning. How can it be used? Can suitable sleep cues help improve learning for musical, athletic, linguistic or other skills in which substantial expertise is gradually developed?

A Biphasic sleep schedule can make you smarter

Matthew Walker, the lead investigator in a recent research from the University of California, Berkeley, shows that a one hour nap can boost and restore your brainpower and that a biphasic sleep schedule makes you smarter. Research subjects were given a rigorous learning task intended to tax the hippocampus, a region of the brain that helps store fact-based memories. Then one group took a nap while the other group stayed awake. Later that day, subjects performed a new round of learning exercises. Those who remained awake throughout the day became worse at learning. In contrast, those who napped did markedly better and actually improved their capacity to learn.

In a follow-up study Dr. Walker and his team identified the specific stage of sleep in which this memory-refreshing process occurs. Electroencephalogram (EEG) tests indicated that the refreshing of memory capacity occurs during Stage 2 non-REM sleep, which takes place between deep sleep (non-REM) and the dream state known as Rapid Eye Movement (REM). Previously, the purpose of this stage was undetermined, but the new results offer an explanation of the function of Stage 2 non-REM sleep, in which humans spend half of their sleeping hours. These results were presented on Sunday, Feb. 21, of this year at the annual meeting of the American Association of the Advancement of Science (AAAS) in San Diego, California.