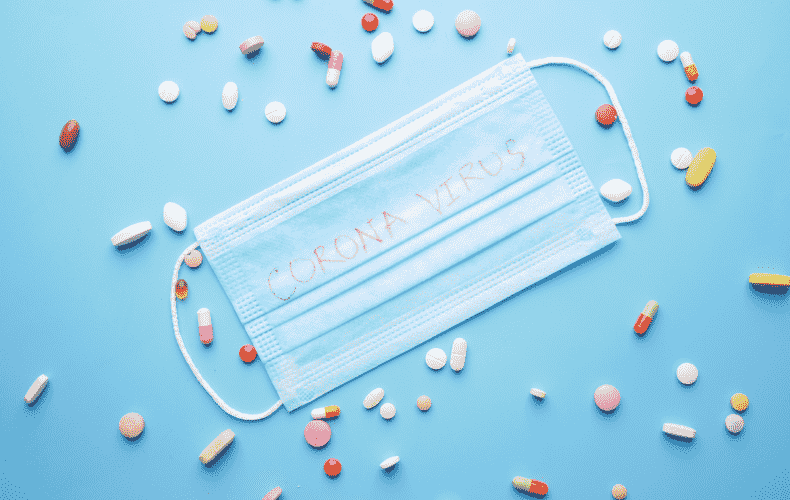 Many hopes were pinned on the Corona drug Paxlovid at the beginning of the year. At the time, the newly developed tablets from the pharmaceutical company Pfizer received conditional approval in the EU in the fight against the virus. Taken at an early stage after an infection, they are supposed to prevent severe courses of the disease. At the time, German Health Minister Karl Lauterbach (SPD) described the drug as "extremely promising. However, the great promise has not yet materialized. Not because Paxlovid is not effective. Rather, because it is rarely prescribed.

It is hardly due to the quantity. There are more than enough of the tablets in Germany. The German government ordered one million doses shortly after approval. Of these, only 460,000 have been delivered to pharmaceutical wholesalers. 280,000 units are at risk of expiring by February 2023. Pharmacies are said to have received only 64 000 units so far, according to the Federal Ministry of Health.

As great as the interest of patients in the antiviral drug is, doctors are showing restraint. This has to do with the considerable time involved in prescribing paxlovid. This is because the medicine, which is supposed to prevent severe corona with a probability of around 90 percent by inhibiting protein-cleaving enzymes and thus preventing viral replication, must not be administered together with many common drugs because of the risk of interaction. However, many of these drugs, such as those for high blood pressure, are taken by people who are eligible for treatment with paxlovid: Elderly people with multiple health risk factors.

Doctors therefore rate the need for advice as enormously high. A Wiesbaden physician recently calculated that he had to spend 45 minutes explaining to a corona-positive patient which of his medications would have to be suspended for a few days or replaced by others in favor of Paxlovid. That, he said, is almost impossible to do in normal office hours, and patients are not always in the condition to even comprehend such serious changes in their medication regimen. In the few cases in which he has decided to use the drug despite all concerns, the patients' health has improved quickly, the family doctor confirmed.

In addition to these organizational problems with the Pfizer drug, recent reports of cases in which treated patients relapsed have caused uncertainty: negative tests and recoveries were followed by positive tests and symptoms again. Experts refer to this as the rebound effect. The most prominent example this summer was U.S. President Joe Biden. However, according to U.S. data, hospital admissions and emergency room visits are rare in such cases, and rebound does not occur exclusively after Paxlovid treatment.

The bottom line is that experts such as Torsten Feldt, a senior physician at the University Hospital in Düsseldorf, Germany, are critical of the reluctance to use Paxlovid. The tablets are basically well tolerated and safe if the guidelines are followed. If the indication is made correctly, the benefit clearly outweighs the risk. "Thus, the apparently widespread reluctance to prescribe paxlovid in Germany is not justified in my view."

In fact, the federal government's Corona Expert Panel places a high value on antiviral therapies in the treatment of covid-19. Researchers recommend optimizing communication about the options and limitations of paxlovid and planning further studies, including dosing adjustments. Recently, physicians' offices, hospitals and full inpatient care facilities have been allowed to obtain and stock multiple packs of Paxlovid through their regular supply pharmacy. This is intended to ensure that the tablets reach patients more quickly and without complications.

For Stefan Kluge, Director of the Clinic for Intensive Care Medicine at the University Medical Center Hamburg-Eppendorf, the conclusion is: "People aged 65 and older or with an incomplete Corona vaccination series or with severe pre-existing conditions benefit from Paxlovid even in Omicron times." The drug has also been shown to be significantly more effective than the alternative, molnupiravir. However, he said, it need not be promoted for younger people without immunodeficiency and those who have been fully vaccinated. "There should also be no pressure to use it against the backdrop of too many doses being purchased," Kluge cautions. He is the lead author of the medical guideline with recommendations for inpatient therapy of Covid 19 patients, the new version of which was published Monday.