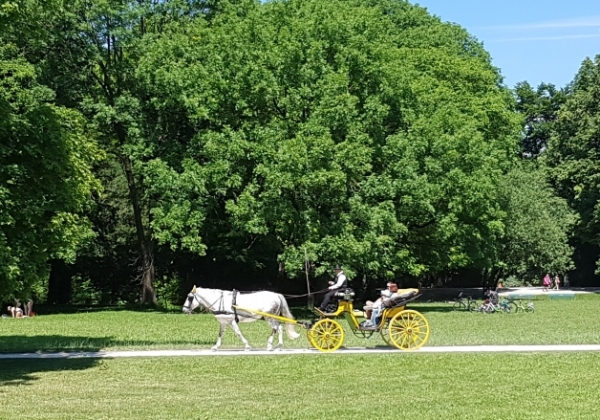 Munich's city council has unanimously approved the concept for a tunnel which is to reunite the southern and northern part of English garden.

Since the 1960's the park has been divided into two parts by the Isarring, which is considered by some to be one of Munich's worst sins in urban planning to this very day. Therefore the tunnel construction would hit two birds with one stone: the park would be reunited, and at the same time a considerable traffic problem would be solved

For a length of 396 meters, the ring road between Dietlinden- and Ifflandstrasse will disappear under the ground. On the surface covering the tunnel, the park shall grow together again.

Construction work is scheduled to start in 2023 however, and the city administration estimates a total of 10 years for completion.

The cost for the project will add up to 125 Million Euros. The city is supplying 80 million, the state of Bavaria 35 million, and the federal government 2.7 million. The rest must be financed through donations from the local business community and private individuals.

The project was launched by the "Ein Englischer Garten" initiative of a Munich architect couple in 2011. When the city council made its decision on Wednesday, the two received an award for their idea by the Federal Environment Minister, Barbara Hendricks, in Berlin.