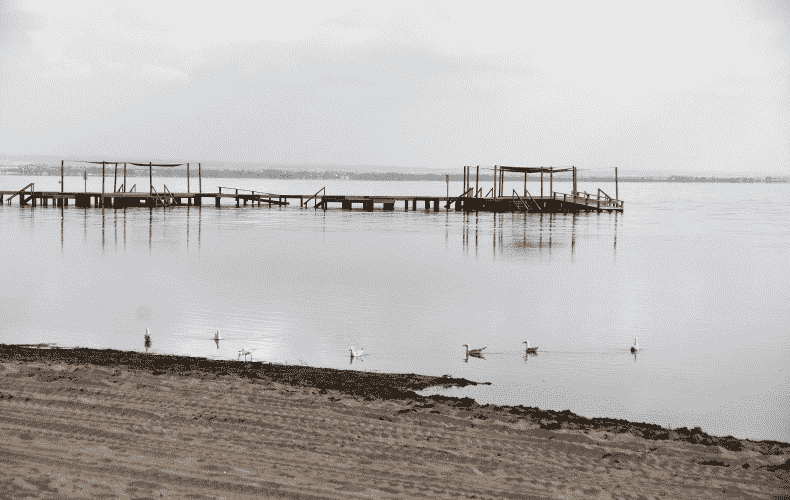 The largest saltwater lagoon in the western Mediterranean is threatened with ecological collapse. Intensive agriculture is poisoning the "Mar Menor" in the Spanish province of Murcia, and the "Lesser Sea" is about to suffocate: Only a narrow sandy strip of land separates the unique ecosystem the once very popular vacation area from the open sea, but for the past four years a foul-smelling "green soup" has been forming again and again, depriving the fish and other marine life of the last air they need to breathe.

Now the Mar Menor has at least become a legal entity with enforceable rights. After the Chamber of Deputies, the Senate in Madrid has now also approved it; only the right-wing populist Vox party was again against it.

The lagoon is thus the first European ecosystem to receive this status. In 2017, the Whanganui River in New Zealand had been declared the world's first legal entity of this kind. 640,000 Spaniards had set the corresponding legislative process in motion with a petition. Now, any citizen, even if he is not affected himself, can turn to the judiciary if he sees the rights of the lagoon violated. Anyone who harms him can be taken to court to pay damages.

The law gives the lagoon the right to "exist as an ecosystem and develop naturally. A committee made up of representatives of the authorities and civil society is to watch over the protection and regeneration of the Mar Menor. With the ascent of Mount Everest compared the professor of philosophy of law at the University of Murcia, Teresa Vicente, who was one of the driving forces behind the law initiative.

But time is running out. The last time the formerly crystal-clear water in which seahorses swam toppled over was in August 2021. The first time the "green soup" had formed was four years ago, when plankton and algae suddenly multiplied rapidly. Experts sounded the alarm, but the authorities did nothing then - as they did in the fall of 2019, when apocalyptic scenes unfolded: Fish and crabs appeared then and tried to save themselves to the shore, where they eventually perished. A carpet of tons of dead sea creatures spread on the beaches. After a bad storm, masses of water had flowed into the Mar Menor and had stirred everything up. They showed that 80 percent of the deeper layers of the lagoon are dead because there is no oxygen there anymore.

For decades, nutrients such as nitrogen, phosphates and nitrates have been entering the lagoon from the huge fruit and vegetable plantations. There, they stimulate the growth of phytoplankton. The single-celled algae spread until not enough sunlight reaches them for photosynthesis. Then they die. Bacteria break down their remains and consume the last of the oxygen. Fish and crustaceans save themselves in the upper water layers.

At first it was blamed on severe weather, but it soon became apparent that the continued supply of nutrients from fertilizers and a heat wave were enough to promote the growth of algae and other microorganisms that consume oxygen and block light.

But a tougher crackdown is resisted by farmers in the "Garden of Europe," which covers more than 60,000 acres north of the Mar Menor. Intensively irrigated and with vast amounts of artificial fertilizer, it also supplies German supermarkets. According to environmentalists, 10,000 hectares are illegal. Environmentalists filed a formal complaint with the EU in October 2021 about Spain's "persistent failure" to protect the Mar Menor.

At the same time, the central government unveiled a plan worth several hundred million euros to help save the lagoon by 2026. In a parallel first step, certain fertilizers were banned and action against illegal plantations was tightened.