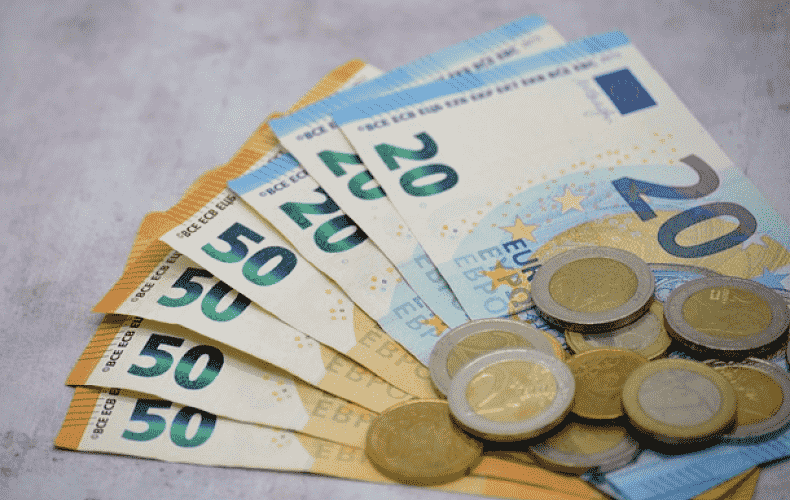 The inflation rate in Germany fell in November. As the Federal Statistical Office announced on Tuesday based on an initial estimate, it was 10.0 percent. In October, the inflation rate had still been 10.4 percent.

This was the first time after several price jumps again a decline in inflation. Although consumer prices in Germany also fell temporarily in June, this was a special situation associated with the introduction of fuel discounts and the 9-euro ticket. Inflation in Germany had tended to rise steadily since the turn of 2020/2021."A silver lining on the horizon," commented economist Holger Schmieding: "With luck, we have the inflation peak behind us."

Already last week, a discussion had begun among economists as to whether the peak of inflation might already have been passed. The main reason for this was the fall in energy prices. The oil price fell again clearly in relation to the summer months and last also gasoline and Diesel at the gas station became at least again somewhat more favorable. In the case of gas, too, the market has developed less dramatically than had previously been assumed, at least so far.

So-called producer prices, which reflect the development of prices at company level, had surprisingly fallen in October compared with the previous month, and for the first time in two and a half years. However, economists at the Ifo Institute warned, according to a survey, that many companies had not yet fully passed on their own higher prices to customers; from this side, there was still the threat of further price pressure for consumers.

More precise information on which goods and services have become cheaper or more expensive is revealed by the figures from North Rhine-Westphalia, which have already been published in more detail and often come relatively close to the nationwide figures. The development of energy prices is particularly striking there. Here, compared to the same month last year, there was a further high increase of 43.5 percent. Compared with the previous month of October, however, prices in November were lower, with a drop of 2.7 percent. Accordingly, the year-on-year price increase was no longer as strong as in October.

This development of somewhat cheaper energy again was particularly noticeable in the case of heating oil. Here, prices fell by 9.8 percent in November compared with October. Diesel prices fell by 7.8 percent compared with the previous month, gasoline by 4.4 percent - and for fuel as a whole by 5.3 percent. A remarkable change; nevertheless, all these prices remain significantly higher than a year ago.

Food prices, on the other hand, continued to rise on average. Compared with the previous month, the price increase was 0.9 percent, and 21 percent compared with the same month a year ago. Fruit and vegetables were slightly cheaper in November than in October, while dairy products and eggs were once again more expensive. Compared with the same month a year ago, there were particularly drastic price increases for edible oils and fats, up 41.9 percent; for dairy products and eggs, up 34.8 percent; and for bread and cereal products, up 22.4 percent.

The European Central Bank is discussing how much the central bank should raise interest rates in December. ECB President Christine Lagarde has so far left no doubt that there will be a further interest rate hike. However, she had always emphasized that the further course of action would be decided from meeting to meeting according to the data situation. The next meeting of the ECB Governing Council is on December 15. In a recent survey, the majority of economists expected a rate hike of 0.5 percentage points. Commerzbank, which had long assumed a rate hike of 0.75 percentage points, also revised its interest rate forecast downward this week.

The ECB president had stressed to the European Parliament's Economic and Monetary Affairs Committee on Monday that she would not yet say that inflation in the euro area had already peaked. She also warned that one should interpret the gas price decline in the markets with caution. European statistics office Eurostat plans to publish the first estimate of eurozone inflation for November on Wednesday. In October, euro inflation had stood at 10.6 percent.