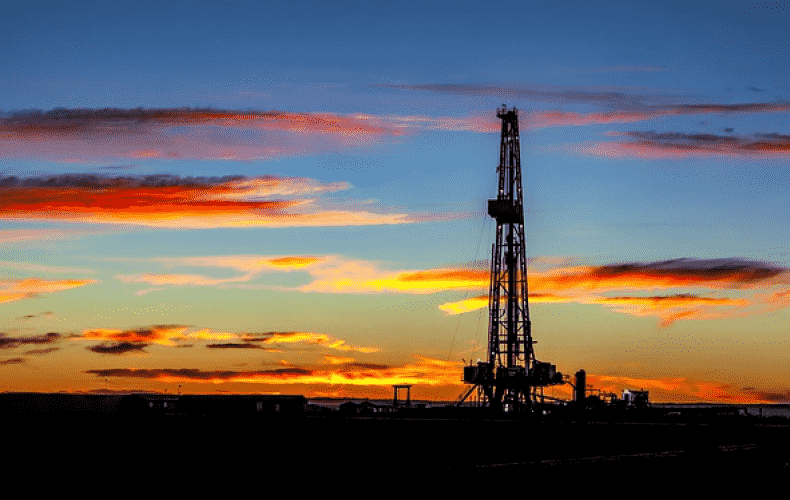 The International Energy Agency (IEA) is calling for a farewell to the petroleum age: With immediate effect, there should be no more investment in the development of new oil and gas deposits, demand the energy experts from Paris in a new report that describes how the world can reduce its emissions of climate-damaging CO2 to net zero by the middle of the century. In it, the IEA also recommends stopping the sale of internal combustion engine cars around the world from 2035 and immediately halting the construction of further conventional coal-fired power plants.

The Energy Agency is a multinational organization affiliated with the OECD, the Organization for Economic Cooperation and Development, and is highly respected for its expertise in the energy sector. According to the agency, the 220-page report is the first comprehensive study on how the global transition to a climate-neutral energy sector can succeed. The paper serves as preparation for the United Nations World Climate Conference in Glasgow, Scotland, in November.

The Energy Agency's call for a freeze on investment in new oil and gas reserves has a signal effect: it provides arguments for opponents of the oil industry, but also for critical shareholders who are pressing for a more resolute reorientation of energy companies. At the same time, the IEA's change of course is symbolic: The energy agency was founded almost half a century ago as a reaction to the scarcity of fossil fuels following the first oil crisis in 1973. Just a few years ago, IEA experts were still urging greater investment in new oil and gas fields because otherwise there was a threat of supply bottlenecks.

Now, by contrast, the IEA is putting forward a completely different scenario, one that focuses on climate protection. Curbing the rise in the earth's temperature is "perhaps the greatest challenge humanity has ever faced," warns IEA Director General Fatih Birol. There is a "viable path" toward a carbon-neutral global energy sector, he said. However, this is "narrow" and it requires "an unprecedented transformation," Birol said. Instead of investing in new oil and gas fields, he said, the world urgently needs to invest much more money in renewable energy and innovation for climate protection. Energy experts therefore advocate investing only in ongoing projects to develop oil and gas wells, but not starting any new ones.

According to the IEA, the end of the oil age has already begun. Global oil consumption will never again reach the level of 2019, the energy experts predict. Last year, oil demand already fell because of the covid pandemic. But even when that is overcome, they say, consumption will decline sustainably, and by the end of the decade will be 18 percent lower than in 2020. By 2050, the IEA predicts global demand will have fallen by three-quarters. Consumption of natural gas will peak toward the end of the decade and then also fall sharply.

Energy experts expect the decline in demand to lead to a drastic and lasting drop in oil prices. By 2030, a price of just 35 dollars per barrel (at 159 liters) can be expected. By comparison, North Sea Brent crude oil currently costs just under $70, well over twice as much. "The decline in oil and gas demand will have far-reaching consequences for all countries and companies that supply these fuels," the IEA warns. They predict that many oil and gas production facilities will prove to be bad investments and become loss-making for financiers ("stranded capital"). Already in 2020, leading oil companies such as Shell and BP have made billion-dollar write-downs on oil and gas fields.

However, the departure from oil also has geopolitical consequences. The IEA has come to the surprising conclusion that the influence of the oil-producing countries cartel Opec is actually growing temporarily. The reason for this is that many Opec members can produce oil at very low costs and therefore still earn money even when prices are low. For other suppliers with higher costs, on the other hand, production becomes unprofitable and they leave the market earlier. The IEA therefore expects the share of the Opec countries in global oil production to grow from a good third at present to around half. However, the oil market as a whole will also be much smaller than it is today.

While the oil industry is shrinking, the generation of electricity from renewable sources such as wind and sun must be massively expanded. Nuclear power will also make a smaller contribution to climate-friendly power supply, the IEA expects. All in all, experts estimate that the radical transformation of the global energy system will require annual investments of $5 trillion by 2030. In the following two decades, similarly high amounts of capital would have to be mobilized for the energy turnaround. Today, by contrast, only around $2 trillion a year is invested in the global energy sector.

Renewable energies are at the center of the transformation. The construction of new wind and solar parks around the globe will have to be four times faster in the coming years than last year, the IEA calculates. Innovations are also of great importance: half of the necessary reduction in global CO2 emissions must be achieved through new technologies that are not yet ready for the market, the energy experts expect. Examples include better batteries for electricity storage, plants for the climate-friendly production of hydrogen and new technology for removing CO2 from the atmosphere ("direct air capture").

But the enormous efforts are expected to pay off: The IEA experts say their plan for a new world energy system could provide "millions of jobs" and more economic growth - while also making climate neutrality possible.