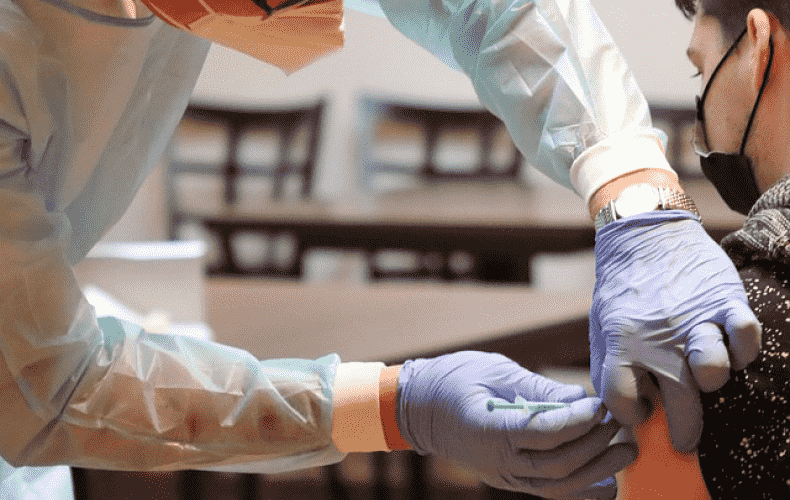 From the medical side, the impression is often given that the vaccination of children under 16 years of age is beyond doubt. The German Medical Congress, for example, had decided at the beginning of May that the federal government should "immediately develop a vaccination strategy for children and adolescents and implement it before the onset of winter 2021/22". On the one hand, to order the appropriate vaccine doses in good time; on the other, to ensure that school and daycare attendance is not again affected by lockdowns.

Vaccine manufacturers are already building ahead. Moderna and Johnson & Johnson announced they will have completed their studies for a pediatric-adolescent vaccine with lower vaccine concentrations by fall. And Pfizer/Biontech has also been working in volunteer studies since March on a pediatric vaccine, also intended for children 12 years down to six-month-old infants by fall or winter.

They don't anticipate safety issues beyond the findings already backed up in adults about possible, albeit rare, allergic reactions. However, they may be concerned about recent reports from Israel and the United States of possible suspected cases following mRNA vaccination, in which younger vaccinees (not children) in particular experienced rare cases of myocarditis, or inflammation of the pericardium, a few days after the second dose of vaccine.

The pharmacovigilance unit of the European regulatory authority Ema had announced further investigations already at the beginning of May, also on rare inflammations of the cardiac membrane. The disease is known as pericarditis. However, like the U.S. Centers for Disease Control (CDC), which has now also announced investigations into this, it emphasized that indications of a causal relationship with the vaccination could not yet be substantiated.

It is possible that those affected had been infected twice, for example with enteroviruses or with Sars-CoV-2. This is because a Covid 19 infection can also lead to such symptoms, which in most cases subside after weeks.Regardless of such safety issues, resistance is mounting among physicians and scientists against vaccinating all children and adolescents as completely as possible. The Evidence-Based Medicine Network calls for "careful public discourse" before decisions are made by authorities and policymakers. Whether it is necessary to vaccinate children in order to achieve herd immunity is by no means certain. Moreover, as long as vaccines are in short supply, the benefits and importance of vaccination in the youngest children, who have largely been spared severe covid-19 disease, must be carefully weighed.

First, the poorest countries should be supplied with vaccines to protect adult risk persons. The network of physicians thus sides with the World Health Organization (WHO). A group of physicians from the University of Witten/Herdecke, who combed through the current scientific literature for a preliminary publication that has not yet been peer-reviewed, also concluded, "There is no evidence that vaccination in children would be necessary or even effective to protect the adult population still at risk after vaccination and self-protection measures or to achieve herd immunity."

In the United States, case rates among minors have dropped 32 percent in one week following massive vaccination campaigns among adults; in the United Kingdom, Public Health England reports stably low incidences among children, even though schools have been open for five weeks.

Others question whether such declines can be generalized, however. They point to the health risks that are significantly lower for them with Covid 19 disease than for adults - but presumably still higher than after vaccination.Most feared are neurological disorders that could last for weeks or months. These include "pediatric inflammatory multisystem syndrome," a febrile inflammatory process that occurs a few weeks after infection and can have severe courses. Preliminary data suggest that one in a thousand infected children may be affected.

According to recent studies by the Office for National Statistics in London, 13 percent of under-eleven-year-olds and 15 percent of 12- to 16-year-olds there who contracted covid-19 complained of at least one symptom five weeks after discharge from the hospital. A similar debate is currently underway in America, where 16,000 of four million children confirmed to be infected were hospitalized and about 300 died.

In Germany, on the other hand, with its 14 million children, only about 1,200 infected with Covid-19 have been admitted to clinics so far, and four are believed to have died from the disease - though children in this country have also been in lockdown most of the time.