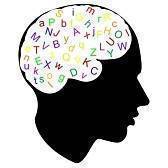 A multi-site research project has given a new perspective on diagnosing different forms of aphasia, a condition that often occurs after stroke or brain injury affecting 1 in every 250 people.

The basic exchanging of words, the verbal expression of thoughts and ideas are things that most of us take for granted every day.

Speech and language are so embedded in our social relationships that we can hardly imagine life without them.

Aphasia is a condition that affects the part of the brain responsible for understanding and using language and leads to difficulties in using words correctly.

Aphasia not only affects speech but also can affect a person's ability to understand words that they both hear and read.

For many, this condition makes returning to work or maintaining social relationships a struggle and something as basic as communication becomes a daily battle with words.

Aphasia is brought on generally by stroke, severe head injury or sometimes brain tumours can press against the language centre of the brain presenting in aphasia.

Researchers, led by Professor Schwartz at the Moss Rehabilitation Research Institute, have made a brain map of language impairments in aphasia following a stroke.

The scientists took data from 99 men and women with at least one month of post onset aphasia secondary to having a stroke.

Participants were required to be medically stable, right handed and living at home.

They were then taken through 17 different tests that measured cognitive and language performance.

Statistical techniques were then applied in order to establish the common features that could underlie performance.

The study revealed that there were four different impairments that were associated with aphasia and that each of these impairments was located to different language hot spots in the brain.

This highlights the diversity of symptoms in aphasia and how each form of the condition is affecting different areas of the brain.

With this information, researchers and doctors alike will have a clearer view of where language is affected in the brain and will have a better understanding of how to treat current and future sufferers of aphasia.

This study is likely to impact how clinicians think about the condition and how they can approach developing new treatment strategies.

A single study may never reveal the inner complexities and intricacies of the fantastic relationship between the brain and language.

But with each new discovery made, we learn more about our most vital organ and hopefully will translate such knowledge into new and effective rehabilitation strategies for aphasia sufferers.