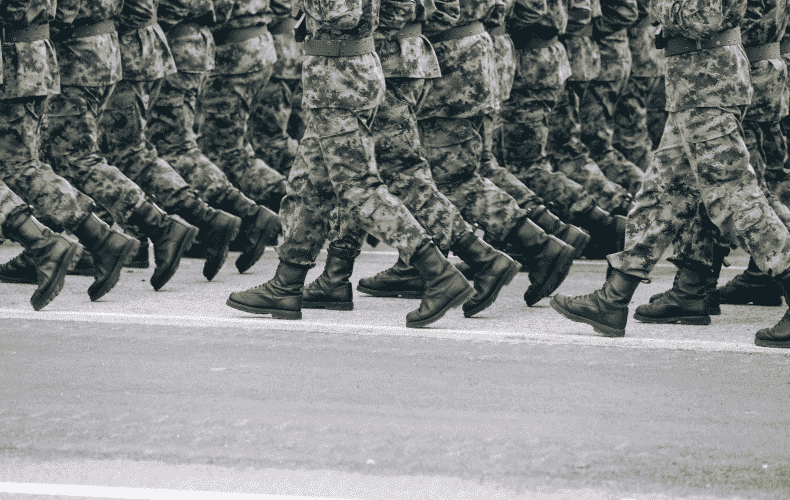 The deployment of 2,000 soldiers to Europe announced by the United States is further fueling the Ukraine conflict in the view of the Russian leadership. The Kremlin on Thursday accused the U.S. administration of allowing the situation to escalate. Moscow will now take measures "to ensure its own security and interests," spokesman Dmitry Peskov said.

"We call on our American partners not to further exacerbate tensions on the European continent," Peskov said, according to the Interfax agency. Russia has criticized its offers to hold talks on a new security architecture in Europe for being met by the U.S. and its allies in NATO with the deployment of more soldiers in Eastern Europe and arms deliveries to Ukraine.

Meanwhile, in the Ukrainian capital Kiev, Turkish President Recep Tayyip Erdogan put himself forward as a mediator between Russia and Ukraine. He called for a peaceful solution to the conflict.

Ukrainian President Volodymyr Selenskyj received Erdogan with military honors. "Turkey is ready to do its part to end the crisis between the two countries," the Turkish head of state said. "We call on all parties to exercise restraint and maintain dialogue." To this end, he suggested organizing a Ukraine-Russia summit in Turkey.

Turkey maintains good relations with both Russia and Ukraine. For example, Ankara supplies combat drones to Kiev - according to Selenskyj, production is to be established in Ukraine. Russia, in turn, supplies Turkey with gas. In addition, both countries have large-scale military operations in Syria, for example - albeit on different sides.

The Kremlin had recently reacted cautiously to Erdogan's efforts as a mediator between Kiev and Moscow. According to both countries, Erdogan and his Russian counterpart Vladimir Putin want to meet in Turkey. It was unclear, however, when this would take place.

In light of Western reports of deployment of more than 100,000 Russian troops near Ukraine, there are fears that the Kremlin is planning an incursion into its neighboring country. Moscow denies this. It is also thought possible that the Russian side wants to stoke fears in order to persuade NATO to make concessions on demands for new security guarantees.

Amid the severe tensions, the U.S. Defense Department had announced Wednesday that it would send some 2,000 troops to Europe - 300 of them to Germany. 1700 forces would be moved to Poland. In turn, 1000 American soldiers would be transferred to Romania from the Federal Republic.

Ukraine recently warned against "panic" despite the massive troop movements. Defense Minister Oleksiy Resnikov said Thursday that he currently assesses the danger of a "significant escalation" as "low." Rather, he said, what is to be feared is "internal destabilization" fomented by Russia.

Efforts to find a diplomatic solution to the conflict have been ongoing for weeks - but without tangible results. German Chancellor Olaf Scholz (SPD) announced on ZDF television that he would travel to Moscow "shortly" for talks with Putin.

In the evening, the president spoke again on the phone with France's head of state Emmanuel Macron - it was now the third telephone call between the two politicians within a few days. In addition, Macron spoke with Selenskyj, as Foreign Minister Dmytro Kuleba said in the evening on Ukrainian television. He did not give details at first. Macron also envisaged a trip to Moscow.

According to the Kremlin, Putin once again made it clear that Russia was concerned with "long-term, legal security guarantees" for Moscow. NATO and the United States had recently rejected Russia's central demands, but had shown themselves willing to talk. The two presidents had also given their assessments of the latest diplomatic efforts to ease the situation.