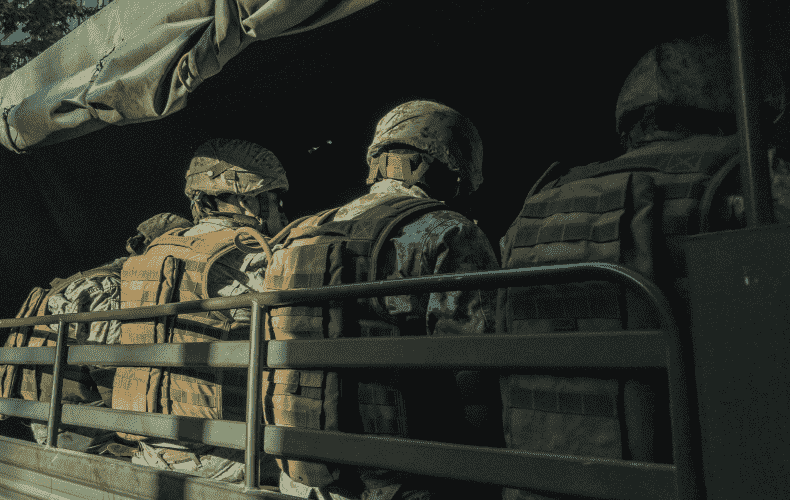 In the fight against Russian troops, Ukraine has called on volunteer fighters from abroad to join them. On Sunday - three days after the invasion began - Ukrainian Foreign Minister Dmytro Kuleba wrote on Twitter: "Foreigners who are ready to defend Ukraine and the world order as part of the International Legion for the Defense of Ukrainian Territory, I invite to contact Ukraine's diplomatic missions in their respective countries."

Dozens of men and women apparently already responded to the call. In actually pacifist Japan alone, 70 men had contacted the Ukrainian embassy by Tuesday, the Mainichi Shimbun newspaper reported. Among them are said to be 50 former members of the Japanese Self-Defense Forces and two veterans of the French Foreign Legion.

A spokesman for the Ukrainian Embassy confirmed to Reuters that Japanese have offered "to fight for Ukraine." However, he declined to provide details.

"Any candidate for this must have experience in the Japanese Self-Defense Forces or have undergone special training," the embassy said in a post on social media. On Twitter on Wednesday, it sought volunteers with medical, IT, communications or firefighting experience.

Reports are also mounting from other countries that former professional soldiers and reservists are joining Ukraine's fight against the Russian invasion. According to Deputy Defense Minister Hanna Malyar, several thousand foreigners have already applied to fight for Ukraine, Kyiv Independent reports.

Particularly many volunteers come from the Baltic states and Georgia, reports the Austrian "Standard". Apparently, Finnish and Norwegian volunteers are also among the international fighters. In the end, however, the reports often cannot be independently confirmed.

Already under the announcement of the Ukrainian Foreign Minister on Twitter, many users have declared their readiness to go to war with Ukraine. "This is something I support. It's something that people will decide on personally", British Foreign Secretary Liz Truss said when asked about Ukraine's "International Legion" on the BBC.

"Buzzfeed News" spoke over the weekend with a ten-member team of former American and British special forces who are preparing in Poland for their mission in Ukraine - among them a German. The ex-soldiers were trained in hand-to-hand combat and counter-terrorism, he said, and planned to join the "International Legion" in the neighboring country. Other U.S. veterans are on their way to lead the international force, the report said.

Meanwhile, in Germany, hundreds of Bundeswehr reservists are said to have banded together and expressed readiness for a combat mission in Ukraine, reports Business Insider, citing an encrypted chat group. According to the report, some of the chat members said they were already fighting in Ukraine.

Meanwhile, the reservist association told the news portal that it had not yet been conclusively clarified whether Germans would be allowed to join the fight in Ukraine. One is with the German Federal Armed Forces in contact. However, a "reliable legal assessment" is still lacking. Lithuania, for example, only asks its citizens to register if they want to go to war.