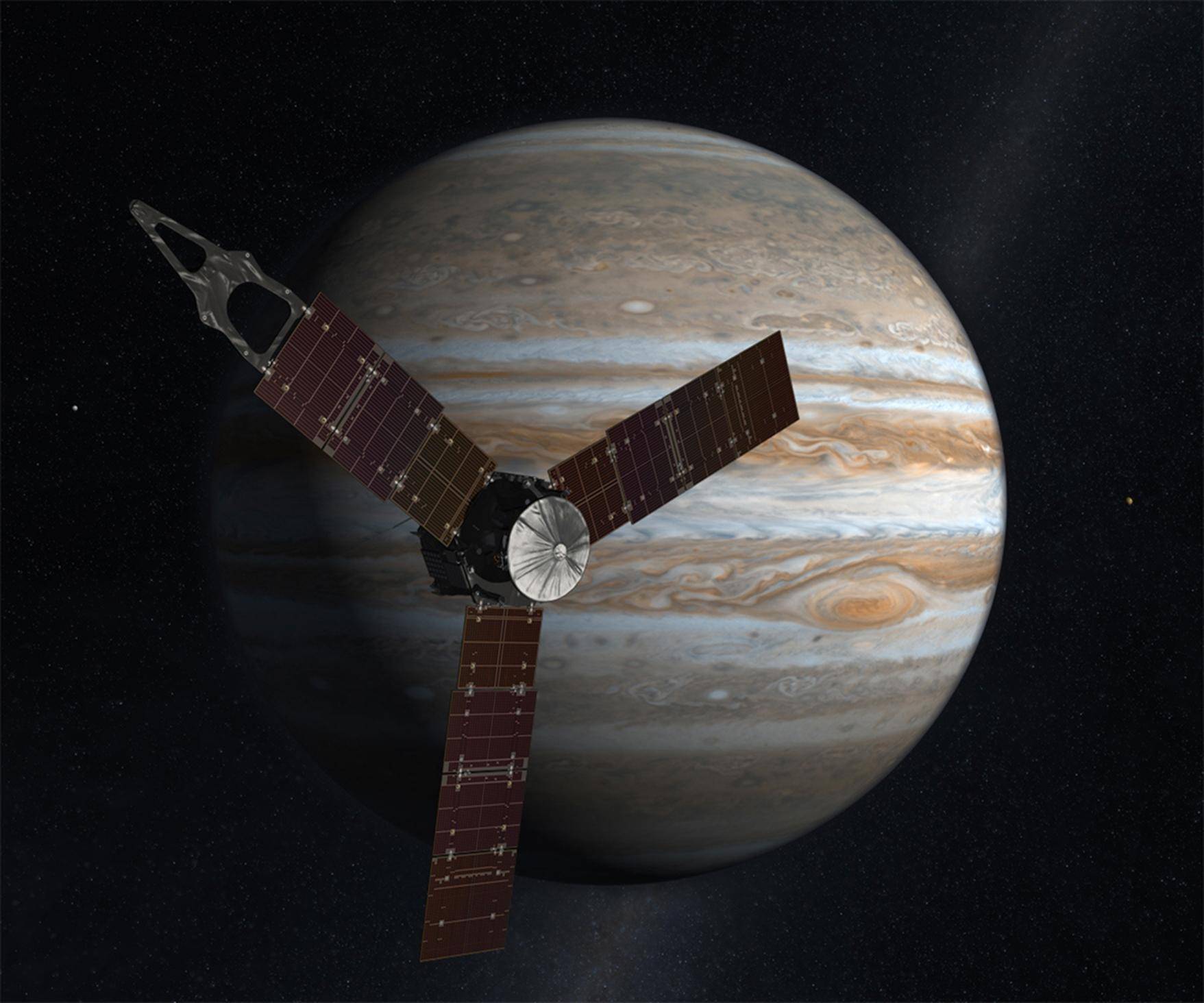 How did planets form? Where did they get the ingredients for life, like carbon and nitrogen, that we hold so dear on Earth?

These are some of the big questions NASA's probe Juno will address as it peeks for the first time through Jupiter's thick clouds.

It may sound surprising, but we know practically nothing about what goes on inside the biggest non-sun thing in the solar system. In the early morning of July 5 (European time), after almost five years of space travel, Juno successfully maneuvered to enter the planet's orbit, where it will do its science until 2018.

Through tiny variation in the planet's gravitational field, scientists will check whether the gas giant is hydrogen and helium all the way down or if it hides a rocky core. Studying Jupiter's formidable magnetic field (about 20 thousand times stronger than Earth's) will shed light on its deep layers, where soul-crushing pressures force hydrogen into behaving like a metal.

Observing the planet's microwave radiation will reveal more about the composition of its atmosphere (particularly about concealed water clouds), and about the depth of those striped patterns we see from the outside.

We will learn when and how Jupiter formed, whether it's always been in its current orbit, or if it wandered there from the outskirts of the solar system. That, in turn, would tell us something about the formation of the solar system and Earth's early life.

But Juno is not all work. Aboard the probe there is a plaque commemorating Galileo---who first observed Jupiter's four biggest moons---three LEGO figurines (the Roman god Jupiter, his wife Juno and Galileo) and a special instrument called JunoCam: a camera that will photograph locations determined by popular vote.

You can participate in the discussion to select the targets and vote your favorite on the mission's website!