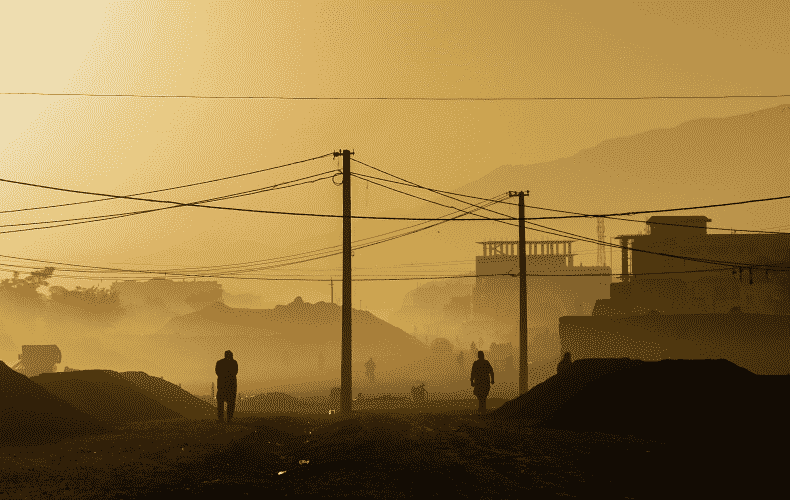 At least 33 people were killed in an explosion near a school in the Afghan capital Kabul on Saturday. At least 55 others were injured, according to a spokesman for the Interior Ministry. It was not initially clear what triggered the explosion. The victims were said to be civilians, mostly young girls.

Eyewitnesses reported rocket strikes in a majority Shia neighborhood in the west of the city. Other reports spoke of a car bomb. The area had been cordoned off, the Interior Ministry reported, without giving details. Television images showed backpacks strewn on the ground, blood-stained exercise books and people desperately searching for their relatives.

The non-governmental organization Emergency said on Twitter that one dead person and 26 injured people had been admitted to the hospital it runs in Kabul. The victims were almost all girls between the ages of twelve and 20.

There were fears that the number of victims could rise further. The well-connected journalist Bilal Sarwari wrote on Twitter that at least 53 people had been killed and more than 150 injured.

In the district where the attack took place, which is mainly inhabited by Shiite Hasara, there have been repeated serious attacks on civilian facilities such as educational centers and sports clubs in the past. Many of these were claimed by the terrorist militia Islamic State (IS). Sunni extremists like the members of the IS terrorist militia fight Shiites as apostates.

There have been no major bombings in the capital Kabul for a long time since the militant Islamist Taliban signed an agreement with the United States the previous year. Instead, many politicians, clerics and intellectuals have been killed.

Initially, no one claimed responsibility for the attack. The Taliban denied involvement. A spokesman for the Interior Ministry wrote on Twitter that there was no doubt that the attack was a Taliban action.

President Ashraf Ghani also blamed the Taliban. The latter had once again shown that they were not only unwilling to resolve the crisis peacefully, but would rather sabotage the peace process in such a way, a statement from the presidential palace said. The Afghan government has been in peace talks with the Taliban since September of last year. However, these are treading water.

The U.S. ambassador in Kabul, Ross Wilson, called the attack "heinous." He said this "unforgivable attack" on children was an attack on Afghanistan's future. The EU also condemned the act, calling it an attack on all people worldwide who stand up for the rights of women and girls, as well as the right to education.

Around 10,000 NATO soldiers from the "Resolute Support" training mission, including some 2,500 soldiers from the U.S. and around 1,100 from Germany, will leave the country by Sept. 11 at the latest. The date marks the 20th anniversary of the 2001 terrorist attacks in the U.S., which prompted the deployment. Material has already been moved out of the country for weeks. Meanwhile, peace talks between the militant Islamist Taliban and the government in Kabul are treading water.

The time now is seen by many as a test of whether Afghan security forces, trained and supported in combat for years by U.S. and NATO troops, can defend the government and provide security in the country.