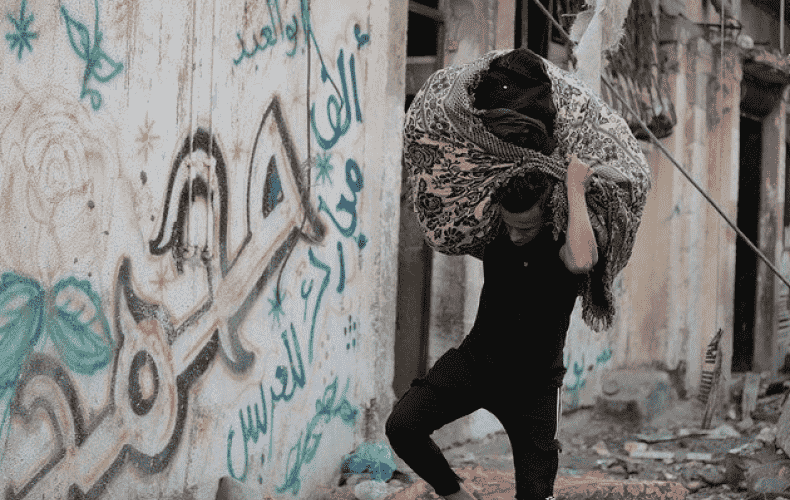 The evacuation of the Russian-besieged port city of Mariupol in southeastern Ukraine has failed for the second day, according to the Kremlin and the Red Cross.

Russian President Vladimir Putin, in talks with French leader Emmanuel Macron, blamed Ukraine for not abiding by the agreed ceasefire, according to a Kremlin statement in Moscow on Sunday.

The International Committee of the Red Cross (ICRC) also described the second attempt to evacuate Mariupol as unsuccessful. "Today's attempt to begin the relocation of an estimated 200,000 people has failed," an ICRC tweet said.

Ukrainian nationalists had not allowed people from Mariupol and Volnovakha to be brought to safety, the Kremlin said. Rather, the cease-fire had been used to allow Ukrainian forces to reposition themselves, it said.

The French president was urged to influence the Ukrainian leadership to comply with international humanitarian law.

The International Committee of the Red Cross wrote on Twitter, "The failed attempts underscore the lack of a detailed and functioning agreement between the parties to the conflict." People in Mariupol lived in terror, desperately seeking safety.

In the southern Ukrainian city, people have been sitting without electricity and heating for days, according to Ukrainian accounts, and there are reportedly many dead and thousands injured.

More than a week after the war began, Russia and Ukraine had agreed on Saturday to a temporary ceasefire for the port city and a small town in the surrounding area to allow people to flee - the ceasefire was broken, and an evacuation failed for the second time now.

Mariupol Mayor Vadym Boichenko spoke afterwards on Ukrainian television of a "humanitarian blockade" by Russian units. He pleaded for the establishment of a corridor to bring elders, women and children out of the city of about 440,000 people.

According to the Élysée Palace, Macron demanded in the phone call that international humanitarian law be respected, that civilians be protected and that they be supplied with aid. Macron had expressed concern about an imminent attack on Odessa.

From Putin, he had demanded the cessation of hostilities and the search for a negotiated settlement on terms acceptable to the Ukrainians. The conversation reportedly lasted an hour and 45 minutes and was Macron's initiative.

According to the Élysée Palace, Putin, on the other hand, repeated his demands to Ukraine and stressed that if he did not achieve them diplomatically, he would do so by military means.

According to the Kremlin, Putin's conversation with Macron also dealt with France's concerns about nuclear safety in Ukraine. It was "imperative that concrete measures be taken to respond to this."

Putin had assured that it was "not his intention to carry out attacks on nuclear power plants" and that Russia intended to comply with the standards of the International Atomic Energy Agency, the Elysée Palace said. He also said he did not want to endanger civilians. "The responsibility lies with the Ukrainians to let the population leave the encircled cities," Putin reportedly said.

Russian forces, together with Ukrainian security forces, had secured the nuclear plant, the Kremlin said. It had been an act of sabotage by radical forces in Ukraine and an attempt to blame this on Russian forces. Putin had told Macron that the nuclear safety of the plant was protected.

The International Atomic Energy Agency (IAEA) had also confirmed that there was no increased radiation. Paris said Putin had agreed to ensure nuclear safety in an exchange with the IAEA. A meeting on this is planned for Monday, he said. According to Ukrainian accounts, Russian troops had been responsible for the fire at the NPP site. Ukrainian President Volodymyr Selenskyj had spoken on Friday of targeted shelling of the reactor blocks by Russian tanks.