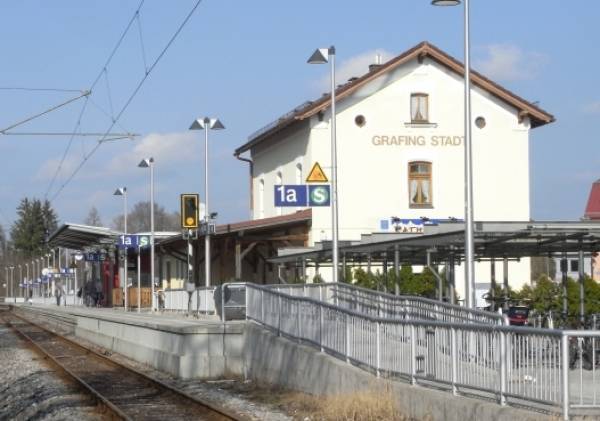 Shortly before 05:00 this morning at Grafing station, a knife-wielding assailant attacked a number of commuters, killing one man and injuring three others. One of the wounded has suffered life-threateniung injuries. Munich police are unsure of the motivations at this stage but are investigating a possible Islamist connection.

The 27-year-old German suspect from Hessen was apprehended by police at the scene.

Some witnesses claim he shouted "Allahu akbar", but police have made no official comment on this yet. As well as a possible Islamist connection, police are also investigating the suspect's mental health state.

One victim was stabbed in the train, with further incidents on the platform and outside the station. A 50 year old man died of his injuries after being taken to hospital, with the other three victims, all men, aged 58, 43 and 55, receiving treatment in hospital.

Grafing is a Bavarian town 40km (25 miles) east of Munich.