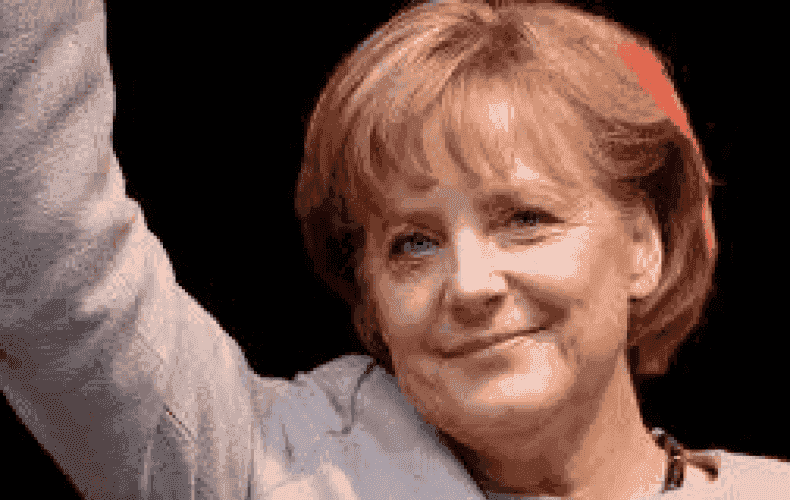 Berlin: Angela Merkel was reelected the German Chancellor for a third straight time, sending Christian Democratic Union (CDU) supporters across the country into rapturous applause and giving her opponents another reason to be bitter after their largely ineffective campaign.

Merkel smiled from ear to ear as exit polls and estimates gave CDU leaders an opportunity to toast the win with the third-time Chancellor-elect even though early trends showed that her party may not be able to muster enough votes to be able to rule on its own.

Incomplete results showed the conservatives scoring 42 percent, their strongest showing since 1990, the year of German unification.

A resplendent looking Merkel, in a blue jacket, told supporters at the party headquarters: "Together, we will do all we can to make the next four years successful ones for Germany."

If Merkel, who helped the German economy ride the recession storm, chooses to rule alone, the government she heads is likely to have to do with a thin majority.

The formation of a 'grand coalition' looks quite unlikely as her closes rivals the Social Democrats (SPD) may not agree to join hands with the centre-right CDU.

The Social Democrats were part of Merkel's first term between 2005 and 2009.

The eurosceptic Alternative for Germany (AfD), against which Merkel had to use the oratory of her minister Wolfgang Schaeuble in the closing stages of the campaign, were running just shy of the 5 percent threshold required to win seats.

The physicist chancellor, who grew up in East Germany and is known for her calm demeanour, is the third post-war chancellor to win three elections.

The CDU headquarters in Berlin had a convivial atmosphere with supporters cheering and celebrating in myriad ways.

Once the honeymoon is over, Merkel will have to contend with a number of challenges like going ahead with the switch from nuclear power to non-conventional energy sources, and finding the country's way through a demographic hurdle that has seen an ageing population shed key skills needed for the future.