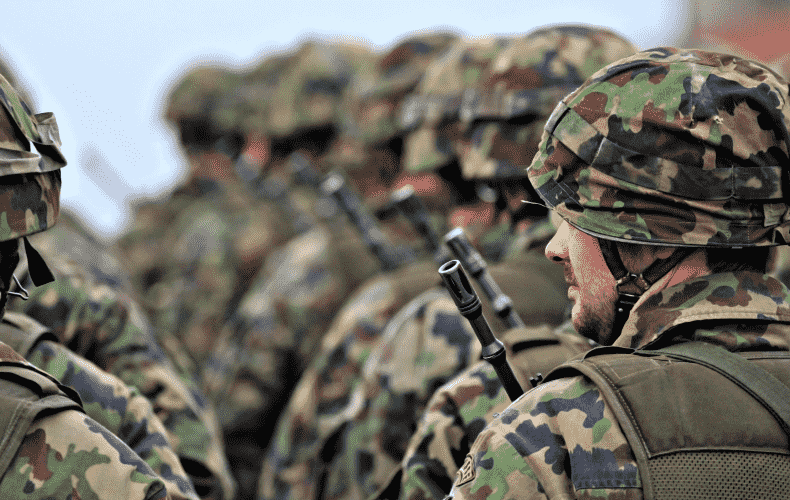 The strength of Russian troops on the Ukrainian border has continued to increase "over the past 24 hours," according to the U.S. government. "In terms of Russian buildups, we're seeing - also in the past 24 hours - a continued buildup of combat forces that have been deployed by the Russians in the western part of their country and in Belarus," Pentagon spokesman John Kirby said Thursday.

Kirby would not say how many armed forces had been added recently. The buildup has not been "dramatic," he said, but neither has it "solidified."

Kirby announced more military aid to Ukraine. The next deliveries are expected to arrive on the ground soon, he said. "We're not going to detail all of the items that are included in those deliveries," Kirby continued. He said that in view of the deployment to Ukraine's border, they want to be careful with this information. "We are in constant communication with Ukraine about their needs and capabilities."

Earlier, the U.S. government reiterated its call for a shutdown of the Nord Stream 2 natural gas pipeline in the event of a Russian incursion into Ukraine. "If Russia invades Ukraine, Nord Stream 2 will not continue," US State Department spokesman Ned Price told CNN on Thursday.

In this case, he said, they will work with Germany to ensure a halt to the pipeline. "You have heard statements from our German allies (...) pointing out the strong measures that the German government is ready and willing to take," Price assured.

German Foreign Minister Annalena Baerbock (Greens) also threatened Russia with a tough response in the event of an attack on Ukraine. "In the event of a new aggression, we have a wide range of responses at our disposal, including Nord Stream 2," Baerbock said Thursday in the debate on the Ukraine conflict in the Bundestag, referring to the Russian-German gas pipeline.

"Yes we want dialogue at all times," Baerbock stressed. "Who talks, does not shoot," she stressed. But it was also a matter of "toughness that makes it unmistakably clear: The cornerstones of the European peace order are not negotiable," the minister said. Germany and its allies had made it "crystal clear that renewed military action against Ukraine would have massive consequences for Russia."

Baerbock again sharply criticized the Russian action. "It is hard not to see it as a threat when hundreds of thousands of soldiers with tanks and guns are massed near the Ukrainian border for no comprehensible reason," she told the Bundestag. She also opposed Russian demands "for so-called security guarantees that are incompatible with the European security order."

Baerbock rejected accusations that Germany was not providing sufficient support to Ukraine. She referred to economic support and cooperation, but also to assistance in the military sphere. The announced and sometimes ridiculed delivery of 5,000 protective helmets was "at Ukraine's request," she said, adding that Germany is currently participating in the repair of a protective bunker near Odessa and in the training of Ukrainian armed forces.

However, the foreign minister reiterated the no to arms deliveries. While it was right to "always reflect self-critically on one's actions in difficult situations" on this point as well, one should not "close doors for de-escalation, which are opening again so tentatively at this very moment," she referred to talks such as the one held on Wednesday in the so-called Normandy format between Russia, Ukraine, Germany and France.

The decisive factor is the unity of the West and team action, Baerbock said, drawing a comparison to sports: "A team does not need eleven center forwards. There are also different roles in dealing with this conflict; Poland and Lithuania are in a different situation than Germany, for example, but also Great Britain or France. At the moment, progress in the negotiation process "has priority for this federal government.

EU Commission President Ursula von der Leyen stressed that excluding Russia from the Swift payments system and ending the Nord Stream 2 gas pipeline are possible in the event of a Russian invasion of Ukraine. "Nothing is off the table," she said in response to questions about relevant sanctions in a CNN interview Thursday evening. In addition, she stressed that they were trying to find a solution at the negotiating table, but were also preparing for the worst.