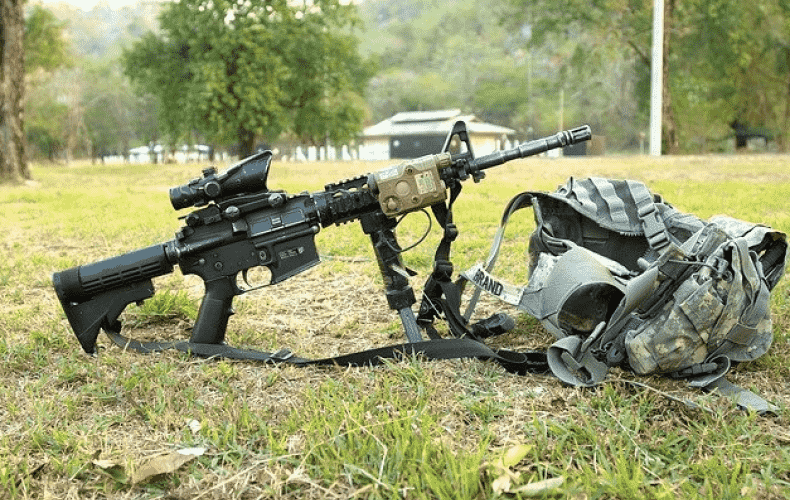 In the first good three months of the Ukraine war, the German government approved the delivery of weapons and other armaments worth 350.1 million euros to the country under attack by Russia. That is according to a response from the German Federal Ministry for Economic Affairs and Climate Protection to a question from Left Party Member of Parliament Sevim Dagdelen, obtained by German Press Agency.

From the first day of the war, Feb. 24, to June 1, the government gave the green light for the delivery of war weapons for 219.8 million euros and other armaments such as helmets and protective vests for 85.2 million euros, according to the report. Added to this are weapons and equipment for the German armed forces for 45.1 million euros, which were approved in a simplified procedure from April 1. There is no breakdown into war weapons and other military equipment for this.

In the letter to Dagdelen, State Secretary Udo Philipp points out that most of the material is used by the Bundeswehr and that its "current value" has been calculated - not the new value, which is in some cases significantly higher.

The German government had decided to supply weapons to the war zone two days after the Russian attack on Ukraine - breaking a taboo. Since then, anti-tank missiles, anti-aircraft missiles, fragmentation grenades and more than 20 million rounds of ammunition have arrived in Ukraine. Heavy weapons such as artillery pieces and anti-aircraft tanks have been promised but not yet delivered.

By comparison, the United States has pledged or delivered $4.6 billion (4.37 billion euros) worth of weapons and equipment to Ukraine from the start of the war through June 1, according to government figures. This includes numerous heavy weapons, for example howitzers and multiple rocket launchers.

Left-wing politician Dagdelen called for stronger diplomatic efforts instead of arms deliveries. "Instead of further arming Kiev for a senseless prolongation of the war and feeding the illusion of a victorious peace over Russia, concrete diplomatic initiatives for a negotiated solution with security guarantees for all sides are called for."

Ten months after the radical Islamic Taliban took power in Afghanistan, up to 10,000 people are still waiting to leave for...