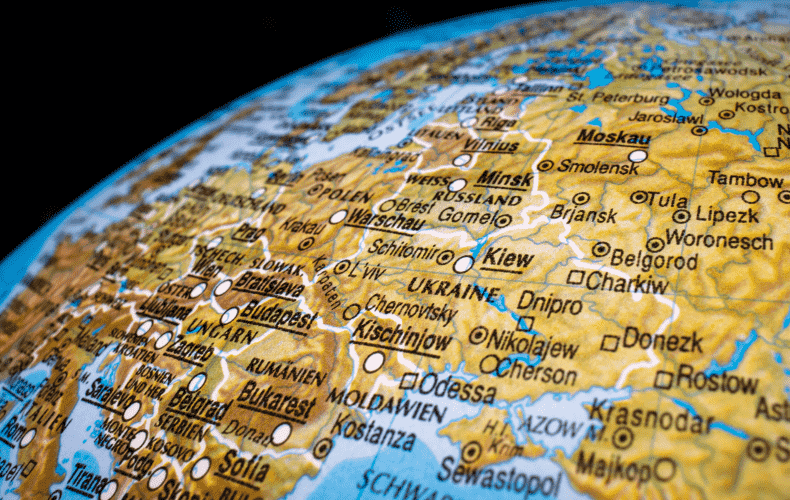 The war in Ukraine has been going on for almost a hundred days - and Russian troops hold large parts of Ukraine. "About 20 percent of our territory is now under control of the occupiers," Ukrainian President Volodymyr Zelenskyy said Thursday.

In addition, he said, the situation in the east of the country is becoming increasingly difficult: "We are losing 60 to 100 soldiers a day." Thousands of people have already been killed and several million Ukrainians have been forced to flee since the Russian war of aggression began on Feb. 24.

The Russian war of aggression in Ukraine is currently focused primarily on the eastern areas of the country, the Donbass. There, Russian troops are gradually adding land; according to U.S. intelligence, in some places they are adding 500 to 1,000 meters per day.

Especially in the first days of the invasion, Russian troops occupied significant parts of Ukraine, some of which they hold to this day. For example, in the south and northeast of the country.

Advocates of an "appeasement" policy sometimes argue that Ukraine should, in the spirit of de-escalation, cede the previously occupied territories.

And looking at Ukraine as a whole, the occupied territories may indeed seem like a comparatively small part of the country. However, author and former world chess champion Garri Kasparov points out in a well-received tweet: In terms of area, the taken territories correspond to the size of Switzerland, Liechtenstein and Austria combined.

Ukraine is a comparatively large country. At around 600,000 square kilometers, it is almost twice the size of Germany. A look at Kasparov's comparative maps is therefore worthwhile.

The occupied territories of Ukraine correspond to almost one third of Germany's territory. Moreover, it would occupy a large part of the Balkans: Almost the area of all of Bosnia and Herzegovina, Croatia, Slovenia and Montenegro together could be accommodated in the occupied zones. Almost the whole of the Czech Republic, including Slovakia, would be taken.

The maps vividly show the areas that could be affected if Russia were to conquer similarly large areas in other parts of Europe. Similar posts had already pointed out, the area would roughly correspond to the entire US state of Pennsylvania.Many of the users called the map an "eye-opener" and the comparisons a decisive argument against territorial concessions to Russia.